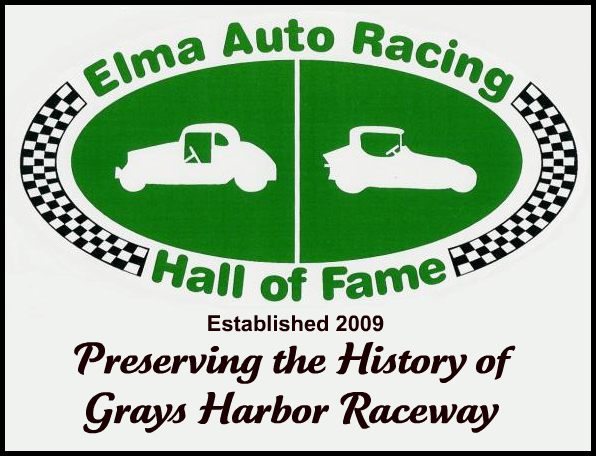 The Elma Auto Racing Hall of Fame seeks to recognize anyone, living or deceased, who has distinguished himself or herself through a sustained record of contribution to the sport at Elma, Washington.

Criteria for Consideration of Honoree Status

All Hall of Fame Honorees must.....

1) .....have been active in Elma auto racing at least 30 years prior to induction year.

2) .....have a sustained record of contribution to Elma auto racing.

3) .....not have participated in any activity that is deemed detrimental to the sport of auto racing.

Since the formation of the Hall of Fame is long overdue and the first induction years contain the largest number of potential honorees, the following amended procedures and criteria will be used for 2009 and 2010 to insure the initial inductees come from the pioneers of the sport:

1) No limit on number of honorees. All nominees receiving at least 10 total points from the Induction Committee
will be inducted into the Hall of Fame.

.....have been active 40 years prior to induction year.

.....have multiple championships for drivers.

.....have been active 35 years prior to induction year.

The annual selection of up to six (6) [four (4) drivers and two (2) at large] honorees for induction as Hall of Fame Honored Members is a three (3) stage process.

The annual nomination period closes December 31st. Nominations may come from the induction committee or from anyone who manually completes and submits an Application Form. Nominations are good for five (5) years. All applications received during the calendar year, along with nominations from the previous four (4) years, will be considered.

The top four (4) drivers and the top two (2) at large who receive at least 70% of the total points will become that years inductees. If less than the maximum in a category receive 70% of total points, only those receiving 70% or greater will be inducted. Point totals and individual ballots will remain with the induction committee and will not be released.

C) being voted off by a majority of the board members due to actions deemed detrimental to the Elma Auto Racing Hall of Fame.

Anyone who manually completes and submits a Nomination Application Form may nominate a deserving individual for inclusion in the Elma Auto Racing Hall of Fame. Nominations are valid for five years. The annual nomination period closes on December 31st.

All Hall of Fame Honorees must.....

2) .....have a sustained record of contribution to Elma auto racing.

3) .....not have participated in any activity that is deemed detrimental to the sport of auto racing.

Click Here to view or print the nomination application.